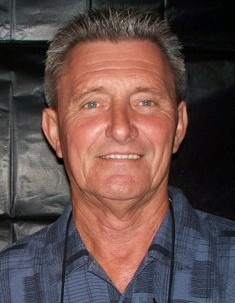 Pat wasn't a perfect man, but most people would say he was one of the better people they ever met. His was a great life – full and complete with loves and great endeavors that make it worth living. He didn’t want to leave, but left with the knowledge that he lived the life that he intended. He wanted to be remembered as a fair man; one who could see things how they were; willing to deal head-on with reality; and trust that he could handle what comes next.

Pat was born December 31, 1948 in Moline the son of Harold and Betty Branham Covemaker. He retired from IBEW Local 145 and was proprietor of the Triangle Inn in Silvis, since 1993.

He married Sally Harker in 1967. They had three sons, James, Michael, and Thomas. He later married Rebecca “Becky” Ransom in 1975.

Pat was preceded in death by his father, infant son Michael and brother Frank “Frankie”

To order memorial trees or send flowers to the family in memory of Patrick Covemaker, please visit our flower store.