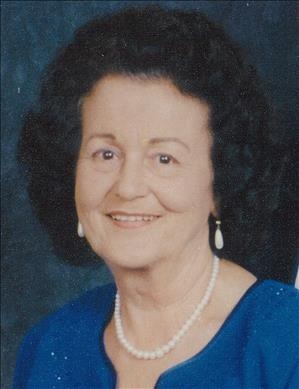 Graveside service will be 10am Wednesday August 31, 2016 at Roselawn Cemetery, Moline. Those wishing to attend the services may meet at Schroder Mortuary, Silvis at 9:30.

Reba was born August 9, 1933 in Wawa, PA, the daughter of George and Ruth Bireley Kearney. She married Donald E. Mortenson Sr.March 6, 1953. He passed away in 1994. She later married Donald L. Ropp Sr. Aug. 17, 2002 in Colona. He passed away July 19, 2016. She was a member of the Green River United Methodist Church in Colona where she was treasurer for 30 years. She was also a member of the Colona Township Lions Club and the Colona Development Group. Reba enjoyed crocheting and spending time with her family, especially her twin granddaughters. To those that knew her, she was one of the most caring and giving people they had met, she will truly be missed.

Reba was preceded in death by her parents, both husbands, daughter Deborah Geiger and 2 brothers.

Online condolences may be sent to the family at www.schrodermortuary.com
To order memorial trees or send flowers to the family in memory of Reba Ropp, please visit our flower store.