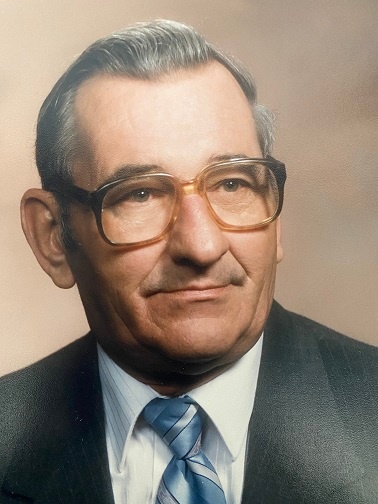 Graveside services will be 10am Saturday, March 20, 2021 at Greenview Memorial Gardens in East Moline. Memorials may be made to Colona Fire Department. Schroder Mortuary in Colona is assisting the family with arrangements.

Son of James and Margaret Williams Bogaert, Bogie was born in Moline, Illinois on September 19, 1932. Bogie married Tommie Bouler on February 4, 1961. They had 2 children, son Keith of Minneapolis and daughter Kim.

Bogie served in the US Air Force from 1951 - 1955. He then worked at John Deere Harvester for 35 years. Following retirement, he worked at Rain Drop Car Wash and enjoyed gardening. Bogie was a fan of the St. Louis Cardinals and the Chicago Bears.

Bogie was Commander of the American Legion in Colona from 1968-1969. He served as alderman for the city of Colona, was a member of St. Patrick Catholic Church, and coached Little League Baseball and softball.

Bogie was preceded in death by his parents, two sisters, and daughter Kim.

Richard was preceded in death by his parents and a daughter Kim.

To order memorial trees or send flowers to the family in memory of Richard Bogaert, please visit our flower store.