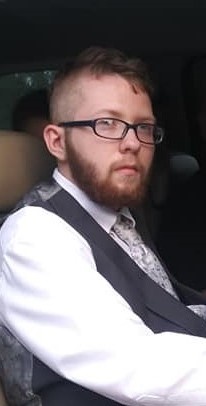 Robert James Deuth, age 20, of Carbon Cliff, IL, departed this world suddenly and unexpectedly on March 21, 2022, in East Moline, IL in the presence of his mother and many friends. Robert graduated from United Township High School, East Moline, in 2019. He was a loyal friend and would go out of his way to help anyone. Robert's hobbies included customizing his car, drawing, playing video games, and practicing Taekwondo, proudly earning his blackbelt earlier this month with his mother at his side; a moment that will forever be cherished. Robert had a huge heart for kids and loved teaching and guiding them during Taekwondo class. The kids looked up to him and loved making him laugh. Most of all, Robert loved his family, especially his beloved nieces, Sienna and Savanna.

Robert will be remembered as an excitable young man who spoke out very passionately about everything he believed in. He was deeply loved and will be greatly missed.

Memorial Services will be 1:00pm Saturday, April 2, 2022 with visitation 2 hours prior to service time at Christ United Methodist Church (3801 7th St, East Moline) .  Burial will follow at Greenview Memorial Gardens, East Moline. Memorials may be made to the family.

To order memorial trees or send flowers to the family in memory of Robert Deuth, please visit our flower store.