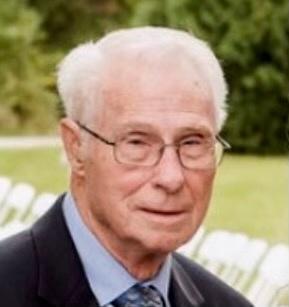 Robert was born September 6, 1928 in Galesburg, IL the son of Clifford and Myrtle Kaletsch Mills. He served in the Army during the Korean Conflict. Bob married Alice Rose Sherwood September 22, 1951 in Galesburg. She passed away May 24, 2009. Bob worked as a service manager at Culligan and later worked in the shipping department at Eckler’s Corvette. He enjoyed camping, traveling and spending time with his children and grandchildren.

Bob was preceded in death by his parents and his wife Alice.

The family would like to thank the nurses and staff of the Medical Telemetry unit at Genesis, Illini Campus for the wonderful care given to Bob and all of the family.

To order memorial trees or send flowers to the family in memory of Robert Mills, please visit our flower store.