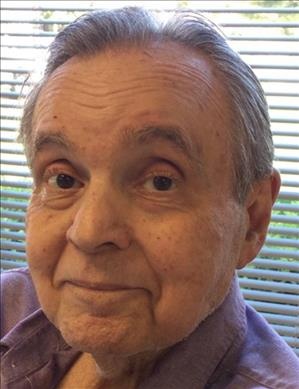 Funeral services will be 10am Thursday at Schroder Mortuary in Silvis. Visitation will be 4-7pm Wednesday at the funeral home. Burial will follow at Greenview Memorial Gardens in East Moline. Memorials may be made to the American Heart Association or the American Diabetes Association.

Robert was born Dec. 4, 1941 in Moline, IL the son of Robert and Mary Pyevich. He married Carolyn Lugering in 1967 in Hannibal, MO. They were divorced in 1992. Robert later met Marla Johnson, with whom he has spent the last 10 years. Robert was a graduate of UTHS where he later taught until his retirement in May of 2000. He received his Master's Degree from North East Missouri State Teachers College which is now known as Truman University in Kirksville, MO. He was a lifetime member of NEA and IEA. In his younger years Robert enjoyed basketball and had a passion for acting. He appeared as an extra in several movies including Rocky IV and Roadhouse. He also enjoyed playing bingo, golfing and dancing.

Robert was preceded in death by his parents and 1 brother.
To order memorial trees or send flowers to the family in memory of Robert Pyevich, please visit our flower store.