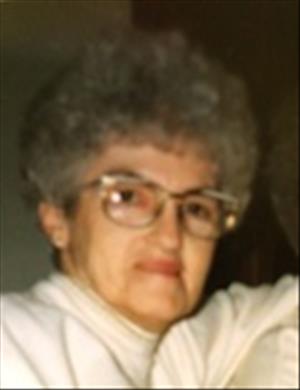 Per her wishes there will be no services and cremation rites will be accorded. Quad Cities Cremation Center is assisting the family with arrangements.

Roberta was born Jan. 12, 1937 in Rock Island the daughter of Frank and Ruth Thompson Ghys. She married Hugh Hall. Roberta worked as a CNA the former St. Anthony's and Franciscan Hospitals.

Survivors include her son Randy Hansen of Geneseo; grandchildren Brock, Katlyn and Blake; great grandchildren Carter and Ryder and several nieces and nephews.

Roberta was preceded in death by her parents, husband, brothers Frank and Dan and sisters Dorothy and Janet.
To order memorial trees or send flowers to the family in memory of Roberta Hall, please visit our flower store.