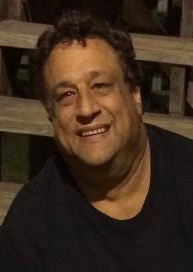 Funeral services will be 11am Friday at Schroder Mortuary, Silvis. Anyone unable to attend may view the service on Facebook Live. Visitation will be 4-7pm Thursday at the mortuary. Burial will be in Hampton Township Cemetery. Memorials may be made to Gift of Hope Community Foundation, 425 Spring Lake Dr, Itasca, IL 60143-2076 or Richard L Greene Scholarship/UTHS Booster memorial at 1275 Avenues of the Cities, East Moline, IL 61244.

Roger was born February 10, 1962 in Chicago, IL the son of Richard L. and Marjorie (Dodge) Greene. While serving in the Army in Germany, he met the Love of his life Susanne Ann Vosen and married on 3/18/1988 in Kaiserslautern, Germany. Roger’s career in Purchasing led him to live in several states throughout the US which allowed him and his family to enjoy international travel. Roger returned to the Quad Cities in 2004 and worked for Kone until his departure from the company in 2012 due to complications from kidney cancer. Roger spent the next ten years on dialysis primarily at home with his wife and son until receiving a kidney in April 2022. The time they were able to spend together strengthened their bond as a family.

Roger’s love of family was essential to who he was as a person. He was a devoted son, husband, and father. He was his mother’s beloved son, his wife’s best friend, his son’s inspiration and friend, and confidante to his many cousins. Roger had an infectious smile that could light up the room and a heart that accepted all who needed it. He would always go out of his way to help someone in need and was generous beyond measure. He took a deep interest in the lives of those around him, even a passing stranger. He used kindness to guide his life and will forever leave a lasting effect and smile on the people who knew him. He was intensely loved by those whose lives he had touched.

Roger was a proud Eagle Scout and enjoyed fishing, hiking, golfing, playing video games, and spending time with his family.  He was also an avid Bears, Cardinals, and Hawkeyes fan and enjoyed volunteering for various sports activities and Junior Achievement. Roger had a deep interest in theology and spirituality and explored different aspect of many religions to help understand the meaning of the world around him and to help him live a more fulfilling life. He was also very interested in ancient history and was fascinated by the stories surrounding ancient civilizations.

He had a strong love for his fellow man and could always see the good in someone.

He had a beautiful and creative mind. He also dabbled in poetry and ideas for songs. He always wrote down his thoughts and ideas for the world that he believed would make it a better place or things that he thought would make his family’s lives more interesting. There was not a moment that he was not thinking of the loved ones around him.

Roger was preceded in death by his father, grandparents Leigh and Madeline Greene, Philip and Frankie Dodge, 2 aunts, 2 uncles, and 3 cousins.

To order memorial trees or send flowers to the family in memory of Roger Greene, please visit our flower store.