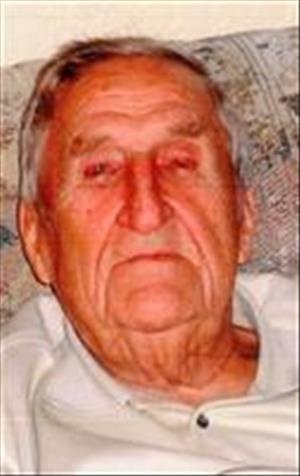 Funeral Services will be Noon, Friday, June 21, 2013 at Schroder Mortuary in Silvis. Visitation will be from 10:00 A.M. to Noon. Burial will be on the Rock Island Arsenal National Cemetery. In lieu of flowers memorials may be made to the Alzheimer's Association.

Roland was born June 3, 1923 in Moline, IL, the son of George and Ruth Hanna Griffin. He Married Marian Wendell on February 19, 1952 in Fayetteville, NC.

Roland served in the Navy during World War II on the USS Herndon. He retired from the Moline Dispatch in 1984. He was a member of the East Moline American Legion and the Vikings Club. He enjoyed Golfing and was an avid gardener. He especially loved spending time with his grandchildren and great grandchildren.

He was preceded in death by his Parents and one Grandson.
To order memorial trees or send flowers to the family in memory of Roland Griffin, please visit our flower store.