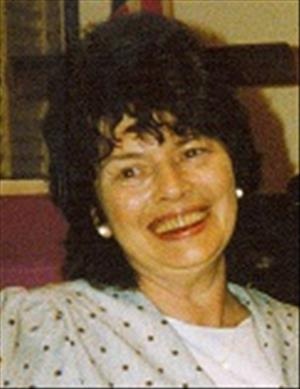 Services will be held Friday at 1 p.m. at Schroder Mortuary in Colona. Visitation will be Thursday, 4 to 7 p.m., at Schroder. Burial will be at Dayton Corners Cemetery in Colona Township, next to her cherished grandmother, son and granddaughter.

Sandy was born Dec. 30, 1943, to Lenora and Frank Frame, in Canton, Ill., and was raised by her loving grandparents, Jesse and Lela Padgett, also of Canton.

Sandra married Carl Morris in 1959, and had four children. She later married Joe L. (known as Mick) Vrban on April 29, 1968, in Silvis, and they expanded their family with three more children. Mick and Sandy raised their family in Green River, a little community in Colona Township.

Sandy was a devoted mother and grandmother and excelled at making a warm and welcoming home. She was an avid reader and instilled that love into each of her children at a young age. Eventually Sandy took a part-time custodial job at the Colona Legion that allowed her to still be at home with the children in the morning and in the afternoon. After all the children were grown she worked for Illini Hospital, Silvis. Her most cherished roles though were being a wife, mom and grandmother.

Sandy touched many lives by providing a listening ear and wise advice to her children, grandchildren, friends, nieces and nephews and countless others who were lucky enough to know her. It was often said that in addition to raising seven of her own children, "Sandy raised half of Green River."

Sandy had a smile that lit up a room, a lap that was always ready for a baby, a shoulder strong enough for anyone and everyone's problems, and a coffee pot that was always full and ready to share. She was an intuitive woman and would seem to know when loved ones and friends needed her, before they ever had to ask.

She was a member and past president of the Green Rock/Colona American Legion Women's, a Girl Scout troop leader, and a room mother at Howard School, Geneseo. She also was an excellent cook and her loved ones will treasure memories of her homemade chicken and noodles, made-from-scratch pies, and pudding cakes.

She was preceded in death by her son, Jim Vrban; and her granddaughter, Amy Lynn Gradert.

In lieu of flowers, please consider a donation in Sandra's name to the Alzheimer's Foundation of America or the Shriners Hospitals for Children. Heartfelt thanks to the care team -- especially Roma and Karen who went above and beyond -- who gave Sandra comfort and dignity while fulfilling her final wish, which was to pass at home in her own bed.
To order memorial trees or send flowers to the family in memory of Sandra Vrban, please visit our flower store.