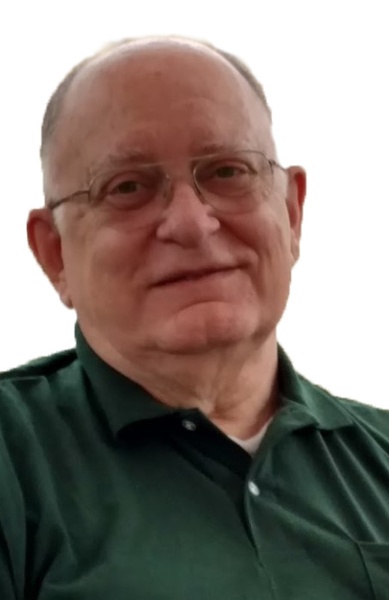 Terry Mahon 75 of East Moline, IL passed away on March 16, 2022 at OSF Medical Center in Peoria, IL after an extended illness.

Memorial services will be on Monday, March 21, 2022 at 11am at St.Paul's Lutheran church in Moline, with visitation one hour prior to service time.  The service will be live-streamed on Facebook at Saint Paul’s Lutheran Church and School.

Terry Donald Mahon was born on April 23, 1946 the son of John and Hilda (Mennicke) Mahon.   A 1964 graduate of Moline High School, Terry had a love of learning which led to multiple degrees. Those included a BS Ed from Martin Luther College, and BA and MS from Western IL University.  He was last employed at Western IL University.  Notably, he had published articles in the Moline Dispatch, the Photographic Society of America's PSA Journal, and International Travel News.

Terry enjoyed studying the history of German-speaking Europe and traveled there regularly, while photographing lesser-known sites and exploring his ancestry.

As a lifelong member of St. Paul's Lutheran Church in Moline, IL, he held a number of positions.  His church family was an extension of his own.

Terry is survived by his sister, Marsha Coakley, niece Charity (Anthony) Carducci,  and grand niece, Arwen Carducci, all of Colona, IL, and a nephew, Aaron Coakley of Peoria, IL.

The family would like to thank Terry’s special friend Laura Griffith and her son Brandon, who assisted tremendously with his care as his health declined.

Terry will be remembered for his powerful faith, sweet spirit, warm smile and heartfelt greetings for anyone whose path he crossed.

To order memorial trees or send flowers to the family in memory of Terry Mahon, please visit our flower store.