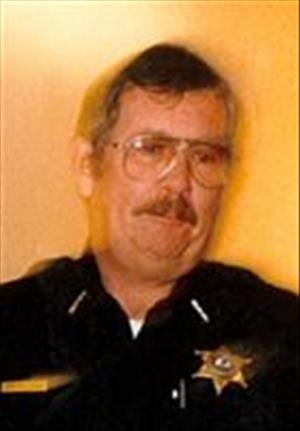 Services will be 10:30 a.m. Tuesday, March 19, at Schroder Mortuary, Silvis. Burial will be at Greenview Memorial Gardens, East Moline. Visitation will be 4-7 p.m. Monday, March 18, at the funeral home. Memorials may be made to Heartland Hospice or University of Iowa Children's Hospital.

He was born Aug. 13, 1942, in Moline, the son of Raymond and Loretta Hughes Williams. He married Sharon Williams on July 25, 1963, in Silvis. He was a United States Navy veteran. He retired as police officer for the city of Silvis. He enjoyed hunting, fishing, being with his friends and watching sports on television.

Survivors include his daughter, Kim Cronkleton, Lost Nation, Iowa; sons, Brent (Rhonda) Williams, Calumus, Iowa, and Clint (Carey) Williams, Muscatine; brothers, Jack (Chris) Williams, Silvis, and Gary Williams, Moline; 10 grandchildren; and one great-grandchild. He was preceded in death by his parents, wife, Sharon on Sept. 23, 2009, and one daughter, Carrie Hastings.
To order memorial trees or send flowers to the family in memory of Tom Williams, please visit our flower store.