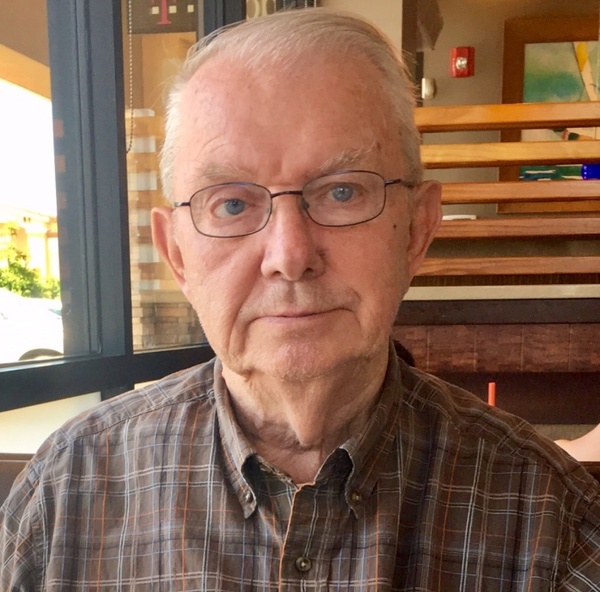 Funeral services will be 6:30pm Friday at The Apostolic Sanctuary in Silvis with visitation 2 hours prior to service time. Schroder Mortuary in Silvis is assisting the family with arrangements. Memorials may be made to the family.

Willard was born July 26, 1941 in Moline, IL the son of Leo and Ethel Willhouse. He graduated from United Township High School in 1959. He married Karen S. Lewis May 7, 1966 in Moline. She passed away October 10, 2015. Willard worked at John Deere Foundry retiring in 1993 as an inspector. He began attending the Whole Truth Tabernacle Church (The Apostolic Sanctuary) in Silvis in 1974. He was an active member for more than 40 years serving as the Bus Ministries Director and Prayer Team Coordinator. He had a passion for reaching children for Jesus Christ and bringing them to Sunday School. The last three years he has attended Christian Life Church in Muscatine where he has continued to faithfully serve the Lord. Willard was a family man who loved the outdoors and enjoyed taking his children and grandchildren on their annual camping and fishing trips to Crane Lake, Minnesota.

Willard was preceded in death by his parents, wife Karen, brother Warren, and a granddaughter Evie.

To order memorial trees or send flowers to the family in memory of Willard Willhouse, please visit our flower store.