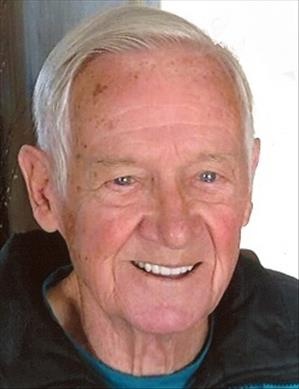 Per William's request, there will be no visitation. Military funeral honors will be held Sept. 29 at 1:30 p.m. at the Rock Island Arsenal. The military honors will be done by the Honor Guard of Don Cherry VFW Post Geneseo. William will be laid to rest in the Rock Island National Cemetery, Rock Island. Anyone wishing to attend the commital service should meet at Schroder Mortuary in Silvis at 12:45.

William was born on Oct. 8, 1926, in Zookspur, Iowa, to Elmer and Lucy Hartley Miles. William proudly served his country in the U.S. Army during World War II. William was employed at American Air Filter, Moline, for 35 plus years, retiring in 1985. He was a member of the Andalusia Lions Club, where he helped with many of the activities; he enjoyed drinking beer with his buddies from Andalusia, especially his best friend, Tony "Bones" Carpio. William snowmobiled until the age of 85, which he loved doing with his son, other family members and friends.

Memorials may be made to Illinois Veterans Home, Quincy, Illinois.
To order memorial trees or send flowers to the family in memory of William Miles, please visit our flower store.