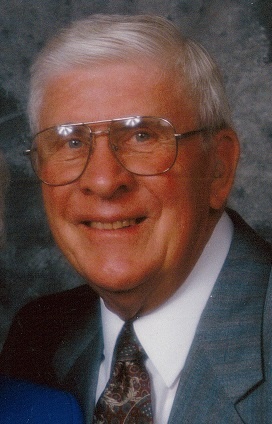 Funeral services will be 11am Tuesday at Schroder Mortuary in Silvis with visitation one hour prior to service time. Entombment will follow at Greenview Memorial Gardens in East Moline. Memorials may be made to Silvis United Methodist Church.

William was born June 26, 1921 in East Moline, IL the son of William and Agnes Johnson Peterson. He married Mary Jane Lamb February 22, 1945 in Alexandria, VA. She passed away November 19, 2010. William retired from John Deere Harvester as General Supervisor of Quality Control after 40 years. He was a past master of the Silvis Masonic Lodge 898, a member of the Elks Club, and past president of the Babe Ruth Baseball League. He was also an avid tennis player and golfer, achieving 3 hole in one’s.

To order memorial trees or send flowers to the family in memory of William Peterson, please visit our flower store.